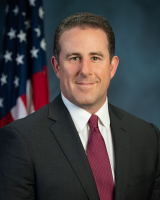 Before assuming his role as Acting Assistant Inspector General, Mr. Nysenbaum served as Senior Investigative Counsel in OSI.  He previously served as the Director of Special Investigations for the U.S. Department of Commerce OIG.  In that capacity, Mr. Nysenbaum led many significant investigations regarding senior official misconduct and complex procurement and grant fraud.  He received the Department of Commerce Gold Medal and other awards for his work on these matters.

Prior to his federal service, Mr. Nysenbaum worked as an attorney in private practice.  As an associate at two prominent law firms, he handled a wide variety of white collar criminal and securities enforcement matters.