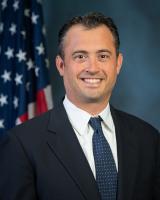 Prior to joining the OIG, Mr. Lebruto served as a Supervisory Attorney Advisor in the Office of Special Reviews in U.S. Department of Veterans Affairs, Office of Inspector General (VAOIG). While at VAOIG, Mr. Lebruto led and managed a multidisciplinary team conducting complex investigations and reviews.  Prior to joining VAOIG, Mr. Lebruto held various positions for the U.S. Department of Treasury's Special Inspector General for the Troubled Asset Relief Program (SIGTARP), most recently serving as Special Counsel to the Inspector General, where he advised senior leadership on investigative strategy to combat fraud, waste, and abuse in the TARP program, managed SIGTARP's Congressional Quarterly Report, and helped create and implement various process improvements to better support SIGTARP's investigative priorities. Prior to his government service, Mr. Lebruto was an associate at multiple international law firms where he represented clients in mergers and acquisitions, securities transactions, corporate governance matters, project finance, commercial litigation, and tax strategy and planning.