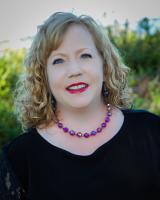 Kathleen has been Director of Congressional Affairs since 2010. Her work focuses on sharing HUD OIG's excellent work with Congressional stakeholders, sharing Congressional work with staff, and working on legislation. Kathleen began her federal career in investigative and supervisory work in 1992. She came to HUD OIG in 2002 as a Los Angeles-based special agent focused on mortgage fraud and other white-collar crime investigations. Since 2008, Kathleen has been based in Washington, DC, and has worked in investigations, administration, training, and communications with an emphasis on congressional affairs. She has a bachelor's and master's degree from the University of Baltimore.