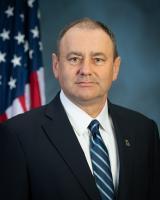 Mr. Kelly has 25 years of experience in federal law enforcement and he has served in Senior Executive Service roles with IRS Criminal Investigation (IRS-CI), the Department of Justice (DOJ), and the Special Inspector General for the Troubled Asset Relief Program (SIGTARP).

He began his career as a Special Agent with IRS-CI in the Los Angeles field office. Over his 19 years with IRS-CI, he served as an ASAC and SAC overseeing asset forfeiture programs and criminal investigations into money laundering, tax fraud, and other complex financial fraud schemes. He also served as the Director of the Financial Crimes section at IRS-CI headquarters developing policy and coordinating efforts across 40 program areas including Bank Secrecy Act violations, Financial Crimes Task Forces, and IRS-CI’s Money Laundering program. Tom finished his career with IRS-CI as the Director of Field Operations overseeing operations in 15 states and 1,000 employees.

Mr. Kelly has also served as the Director of DOJ’s Organized Crime Drug Enforcement Task Forces (OCDETF) Fusion Center, where he was responsible for OCDETF’s intelligence-gathering operations. He managed personnel from over 20 partner agencies dedicated to the collection and analysis of investigative information in support of comprehensive, multi-jurisdictional investigations of the most significant domestic and international drug trafficking and money laundering networks.

Additionally, he served as the Assistant Deputy Special Inspector General for Investigations at SIGTARP, where he oversaw field operations of all TARP-related investigations of financial institutions in the United States. He was also a Senior Special Agent at the Federal Housing Finance Authority (FHFA) OIG.